Posted on 7th February 2020 at 09:42
A visit to Beech Gardens, Barbican
January 2020
Last year on attending the Society of Garden Designers Spring conference, I heard Nigel Dunnett talk about his planting of the Beech Gardens at the Barbican. This informal garden of sweeping fluid borders around a simple fountain feature with elevated seating areas is overlooked by resident’s apartments of the Barbican complex developed and opened in the ‘70s. The gardens were replanted in 2015, this time taking on a more naturalistic, prairie style scheme, intended to develop and change with the demands and proclivities of the plants rather than determined by the hand of man.
A visit was in order and perversely I like to check out hallowed gardens in the winter and assess their merits at ‘the fag end of the year’ as a client once termed it. In winter the bones of the garden can be seen, where woody structure of shrubs and trees is revealed, often at their most interesting. Gardens can also look like they’ve just dragged themselves out of bed after a rough night and indeed the Beech Gardens were looking pretty ragged, although to be fair, five years on it still had plenty of flesh.
A palette of not more than 10 -15 plant species have been used (though a few more could be identified on closer inspection) which on this scale gives the scheme a cohesive look and adds to the principle of a natural feel. First to be planted were the ‘woodies’- multi stemmed birches, beech and spindle, either randomly or in small groups of three with Viburnum bodnantense flowering sweetly now and a few Philadelphus, Sambucus and Buddleia. Dominating the scheme were Euphorbia characias wulfenii – I’m sure not quite so many were originally planted but this is a genus that seeds itself readily and is quick to establish. And a welcome site they were their acid green heads already beginning to nod through this mild winter.
Another trooper was Helichtotrichon sempervirens, enjoying the sunnier side of the garden and coping well in an open site that even in the city will be buffeted by gusty winds in the canyon of the Barbican complex. Miscanthus was used quite sparingly, their beige stems and fluffy plumes by now looking a bit battered and soon to be cut down next month. Other perennials, Phlomis russeliana, Libertia grandiflora, Aster divaricatus and Anemone japonica were left to run to seed and find their way – much of the planting were perennials that in summer would provide a subtle pallet of colour while billowing into weed suppressing clumps.
It is inevitable that some plants would thrive while others would recede, providing space for seedlings to get a toe hold and creating an ever shifting matrix around the more permanent trees and shrubs. Rather than planting in broad swathes knitted together in patch work effect, the plants were grouped and woven into each other more casually, and left to sink or swim and settle into comfortable communities.
It’s quite a skill to create a scheme that looks like nature has had total control – and a strong nerve to let nature do just that once the gardeners have walked away. Maintenance was probably intended to be minimal; I did notice a lone lady gardener doing an annual weed. This was a ‘hands and knees affair’ removing annual interlopers by hand although I’m hoping this was a once a year job.
I liked it; not only the use of some of my preferred plants that perform well throughout the seasons but of multi-stem native trees that will fill out in time and not get too tall to shade out plants beneath. It has a long term strategy that will mutate over time requiring subtle tweaking by human hand at intervals. As a contrast to much of the planting in London’s parks and gardens, Beech Gardens feels like organised chaos, a plant party guarded by the stoic modern architecture around.
I shall revisit throughout the year and expect a glorious riot in summer.
Alison Bockh
January 2020 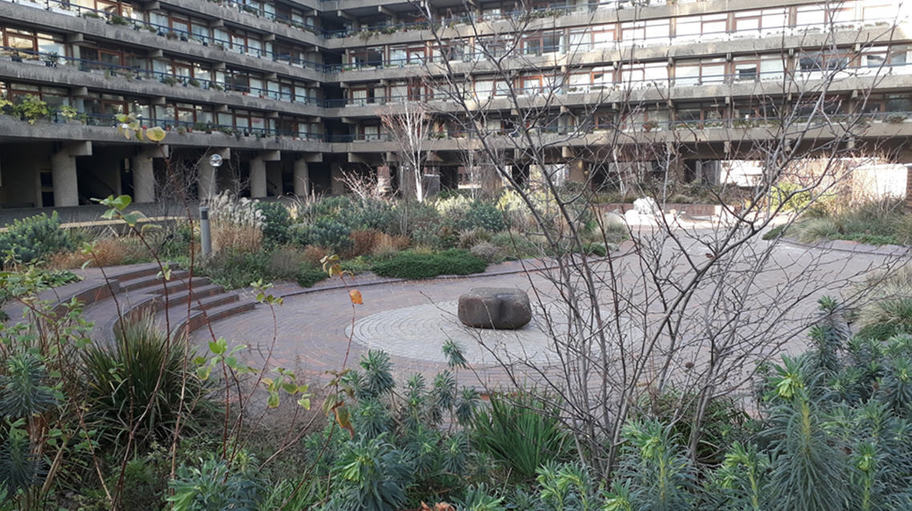 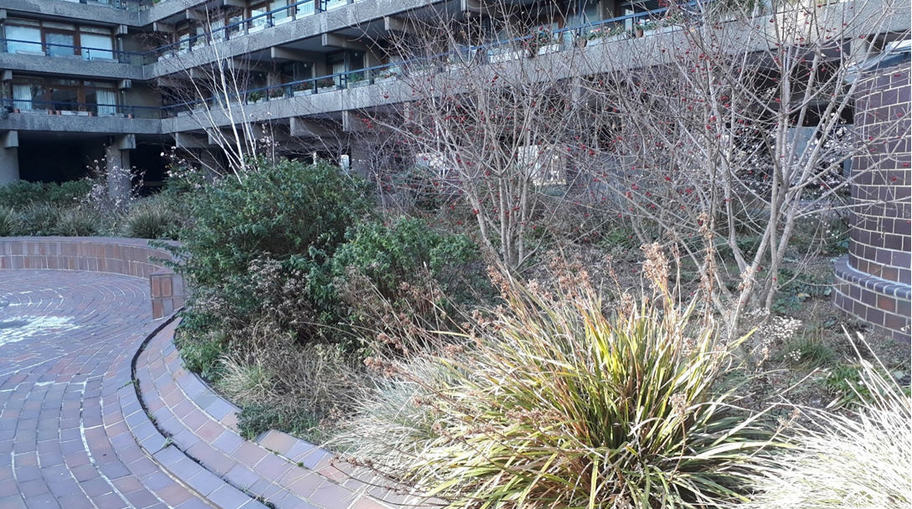